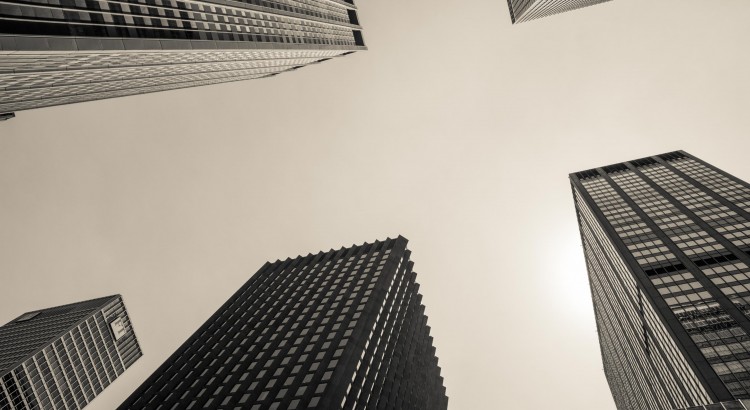 Former LPL broker Leslie Koonce has been barred from the securities industry by the Financial Industry Regulatory Authority Inc. (FINRA) for denying he took part in the sale of private securities.

According to FINRA, former LPL broker Leslie Koonce misrepresented his involvement in private securities transactions, reporting in compliance questionnaires that he did not participate in any such transactions.

FINRA notes that former LPL broker Leslie Koonce did all of this without notifying LPL of his participation in the transactions, which he was required to do.

If you lost money on investments made with Leslie Koonce or believe you are a victim of stockbroker misconduct, contact a qualified securities fraud attorney today. 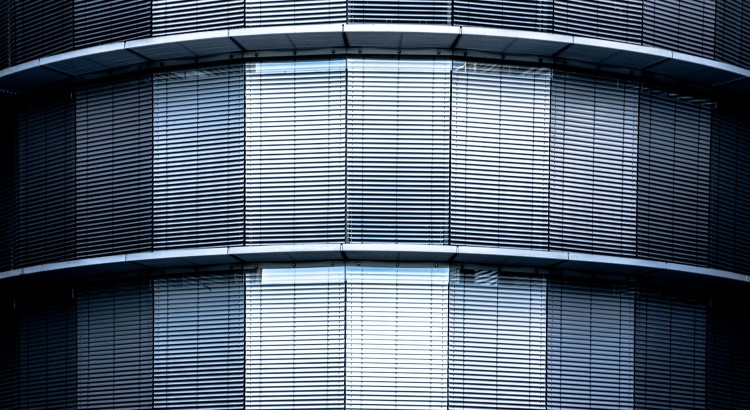 The SEC alleges that between 2012 and 2015 Mohlman used money from two private funds managed by his company, Mohlman Asset Management, to satisfy payments to third parties and make a $150,000 unsecured loan. The loan constituted approximately 16% of the fund’s portfolio. Though SEC examiners told Molham that the loan should be fully disclosed to investors, he still misled investors on the nature of the loan.

The complaint also alleges that the fund owner encouraged his clients to invest in his “Roth IRA strategy,” which purportedly was backed by tax and legal opinions acquired from accounting and law firms. These statements were false, and in fact, the SEC cites one accounting firm principal who told Mohlman that he would not endorse such products.

The complaint also alleges that Mohlman Asset Management filed materially inaccurate forms with the SEC, had inadequate compliance programs, and failed to comply with the regulator’s “Custody Rule.”

Louis G. Mohlman, Jr. has neither admitted nor denied the SEC’s allegations, but he and his firm have agreed to a settlement subject to court approval. Mohlman will pay a $100,000 civil penalty and disgorge $862.03 in ill-gotten gains, plus $75.34 in interest.

Contact an securities fraud attorney at Dimond Kaplan & Rothstein, P.A. today to schedule an appointment or consultation to review your rights and options. 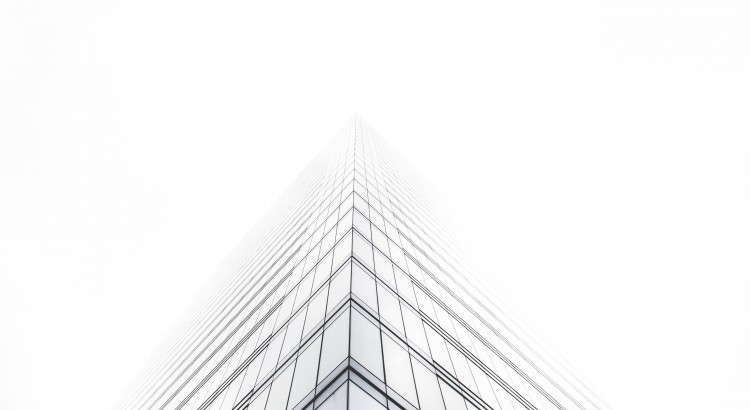 According to FINRA, First Allied terminated Azad in May 2017. He joined First Allied in January 2015 and started his career in 2004 at Voya Financial Services.

Did You Lose Money as a Result of Stockbroker Misconduct?

If you believe you have lost money to stockbroker misconduct, you may have certain legal rights that require your immediate attention. 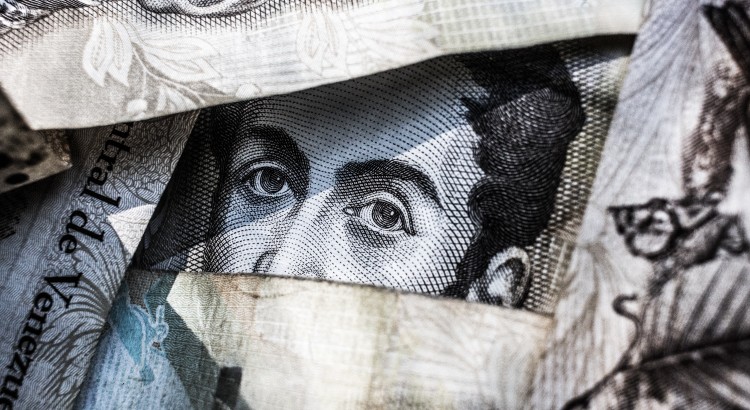 A financial advisor and the founder of Blazer Capital Management will pay more than $1.9 million to resolve allegations that he defrauded clients, including some professional athletes. The allegations, brought by the U.S. Securities and Exchange Commission (SEC), claim the advisor used $2.35 million dollars of client money without permission, and lied to agency investigators about it.

The claims state that Pittsburgh-based adviser Louis Martin Blazer III used funds from the accounts of several clients to make investments in a pair of movies and other ventures. To conceal his actions, he diverted client’s funds to other accounts and falsified documents.

The SEC accused Blazer of taking a total of $2.35 million from five clients without authorization, using $790,000 of these funds to pay others in the group in a “Ponzi-like” scheme.

The final judgment comes approximately 15 months after the SEC filed a complaint against Blazer in the Southern District of New York and simultaneously announced a partial settlement related to the alleged scheme.

If you believe you have been the victim of investment fraud, you may have certain legal rights that require your immediate attention. 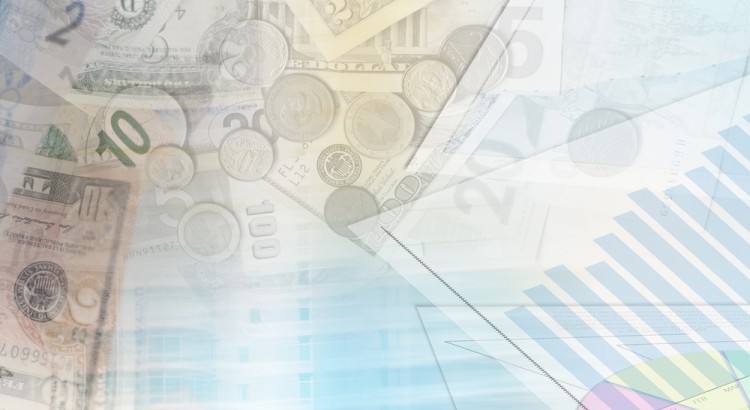 A former Philadelphia-based stockbroker was sentenced to 6 ½ years in prison after defrauding investors of more than $3.2 million, according to a recent statement from the U.S. Attorney’s Office.

William Bucci pled guilty to securities fraud and other related charges. Among his victims were a Catholic priest and retired firefighter, whom he told that he was starting a business to import high-end olive oil and wine from Italy. In fact, Bucci never set up any business of the sort.

In addition to his prison sentence, Bucci also was ordered to pay more than $3 million to his victims and the IRS. Bucci served as the president of the Order Sons of Italy from 2003 to 2007, the oldest and largest Italian-American fraternal organization in the U.S., through which he met several of his victims. In addition to those he met through the Order, he solicited old classmates and friends, promising to give them as much as 10 percent interest annually with a return the principal within a few years.

Instead of paying back friends and family, Bucci used investors’ money to support his lifestyle and pay off earlier victims, in Ponzi-scheme fashion. According to FINRA, Bucci was licensed at various brokerage firms between 2002 and 2012. His stockbroker’s license has since been revoked.

If you invested with William Bucci or believe you have been the victim of a similar Ponzi scheme, you may have legal rights that require your attention and you should contact a qualified investment fraud attorney immediately.

Contact an attorney at The Fraud Report’s partner law firm, Dimond Kaplan & Rothstein, P.A. today to schedule an appointment or consultation to review your rights and options.

With offices in Los Angeles, our securities lawyers throughout Santa Monica, Beverly Hills, and Hollywood they assist you with any securities issues that you may be facing. 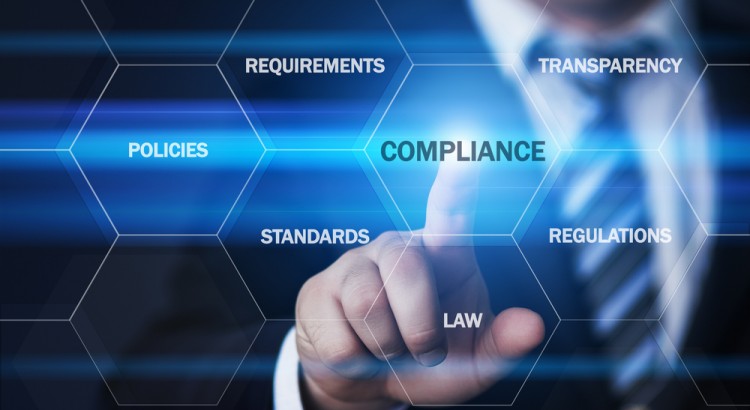 The Securities & Exchange Commission (SEC) released a report detailing five major areas in which investment advisers typically fall short in terms of SEC compliance, and encouraging advisers to strengthen their programs and policies to ensure they are following the letter of the law.

The report came from the SEC’s Office of Compliance Inspections and Examinations, which listed the five most common topics cited in deficiency letters sent to investment advisers after OCIE exams. The five most common inadequacies regarded: compliance policies and procedures, regulatory filings, custody of client cash or securities, codes of ethics and record-keeping.

By disseminating their report, the OCIE is hoping that advisers will reflect upon their own practices, policies, and procedures and make improvements where necessary to avoid potential complications.

With respect to compliance issues, OCIE notes that investment advisers tend to fail to tailor compliance manuals to their businesses to account for a particular type of client or trading method. Other problems arose from out of date manuals or the failure to follow compliance rules or conduct annual reviews when required.

Regarding regulatory filings, investment advisers most often ran into trouble with respect to inaccuracies on disclosure forms regarding “custody information, regulatory assets under management, disciplinary history, types of clients and conflicts.” Advisers were also cited for submitting filings late or not at all.

The OCIE noted inadequate compliance with the custody rule – most often when an adviser does not realize that he or she has custody. There were also frequent shortcomings regarding advisers’ required code of ethics, including not describing the code in mandatory disclosures as well as failing to fully identify the personal securities transactions of certain individuals within the firm.

Finally, the report noted issues surrounding compliance with record-keeping rules. Advisers’ books were found to be inaccurate, inconsistent or not kept at all.

Have You Suffered a Loss as a Result of Stockbroker Compliance?

Many of the advisers cited as a result of one of the aforementioned areas took steps to correct their deficiencies. By publishing the report, the OCIE is hoping that other advisers will take proactive steps to avoid getting into trouble of their own.

If you suffered a loss and believe your adviser may be failing in one or more of the above areas, you may have certain legal rights that require your immediate attention.

Investors generally want their investments to grow. In order to make sure they you are picking the right investment vehicle or product, investors often rely on the advice of professional stockbrokers or brokerage firms.

Your broker has an obligation to provide full and fair disclosure of all material information when recommending and selling a security to you. This means you should be made aware of the potential risks and rewards, and make sure the investment fits within your investment profile and risk tolerance.

A broker or brokerage firm making a securities recommendation has an obligation to be honest and fully forthcoming, even if some of the information isn’t favorable. Brokers and brokerage firms must disclose all material information about the company, its principals, and the nature of the investment that any reasonable person would want to know in order to make an informed investment decision.

How to Recognize Stockbroker Misrepresentation

If a broker or brokerage firm tells you about the positives but fails to disclose negatives, this is an omission. If a broker or the firm misleads you about the nature or risks about a security, then this is a misrepresentation. Omissions and misrepresentations violate securities industry rules and are in violation of brokers’ and brokerage firms’ legal obligations owed to investors.

If you lost money after your broker or brokerage firm misrepresented an investment or failed to disclose material information about an investment, you may have certain legal rights that require your immediate attention. Contact an experienced Los Angeles stock attorney today for a consultation to discuss your rights and options.

What is Investment Fraud & Stockbroker Misconduct?

When you are planning for your family’s long-term future, a prudent financial strategy is critical. It is important to know that you can rely on the advice of your stockbroker when deciding how and where to invest your savings in the stock market. Unfortunately, and in an effort to make a sale, a stockbroker might induce you to invest on the basis of false or incomplete information – this is investment fraud, and is also known as stock fraud. This sort of misinformation or incomplete information is just one of several ways that your stockbroker may have committed a violation of securities laws.

Types of stockbroker fraud can include:

When you speak with a stockbroker, he or she must disclose both the positives and negatives of any particular investment. Investment fraud can result from stockbroker misconduct in many other ways, including as a result of theft or embezzlement, misstatements in public reports, insider trading and much more.

It is important to realize that even if your stocks lose money, it isn’t necessarily investment fraud or stockbroker misconduct. The stock market does rise and fall, and if you are concerned over potential losses you should consult your stockbroker and discuss your investment portfolio and strategy and consider an alternate course of action.